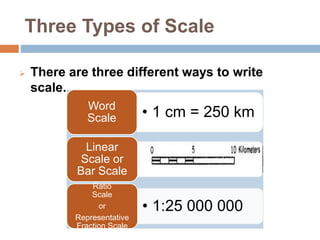 A map represents a portion of the Earth’s surface. Since an accurate map represents the land, each map has a “scale” that indicates the relationship between a certain distance on the map and the distance on the ground. The map scale is usually located in the legend box of a map, which explains the symbols and provides other important information about the map. A map scale can be printed in a variety of ways;

Maps aren’t just useful for directions, they can also help you determine the distance between two (or more) places .Here’s How to measure map distance:

map of the united states to practice map scales