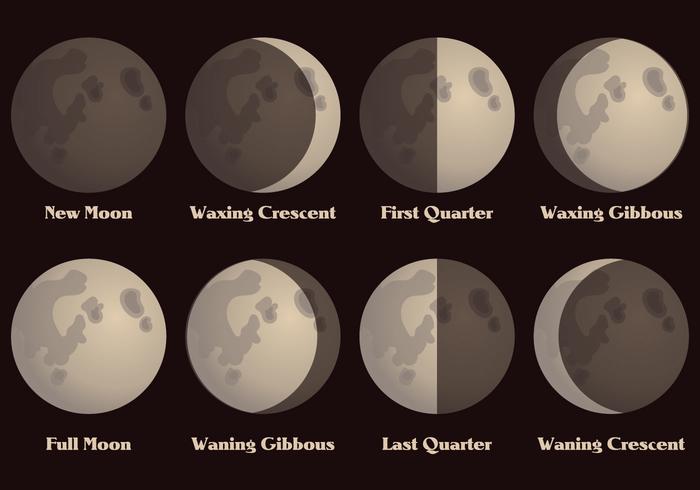 The revolution of the Moon around the Earth makes the Moon appear as if it is changing shape in the sky. From Earth we see the Moon grow from a thin crescent to a full moon and then shrink back to a thin crescent again before vanishing for a few days or new moon.

The Moon phases are produced by the alignment of the Moon and the Sun in the sky.

The lit part of the Moon always points the way to the Sun.

What is the phase of the moon?

The changing shape of the bright part of the Moon that we see is called its phase.

What causes part of the Moon to be lit up?

What causes the different phases of the Moon?

The phases of the Moon depend on its position in relation to the Sun and Earth. As the Moon makes its way around the Earth, we see the bright parts of the Moon’s surface at different angles. These are called “phases” of the Moon.

What are the different phases of the Moon called?

The phases of the moon work in a cycle starting with the new moon. 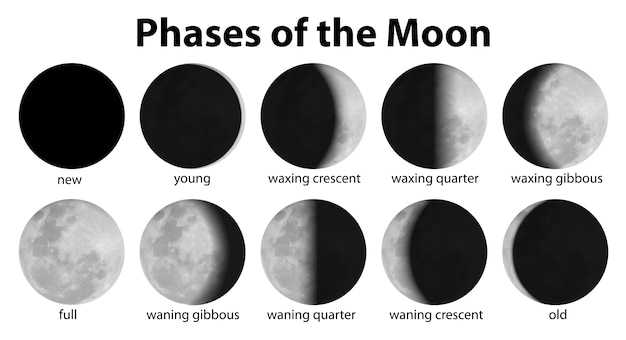 There are eight phases of the moon

The phases are named after how much of the moon we can see, and whether the amount visible is increasing, or decreasing each day.

It takes our Moon about 29.5 days to completely cycle through all eight phases. This is known as a Lunar month.

Why are the phases different in each hemisphere?

The Moon orbits near the equator of the Earth. In the northern hemisphere, we’re standing on the opposite side of the globe from countries in the southern hemisphere i.e. we are “upside down” from each other! We therefore see the Moon from a completely different vantage point from each other.

lesson plan on phases of the moon

Identifying Phases of the Moon III

VIDEOS TO REVIEW THE CONTENTS: