It is also called rainfall. Precipitation is the deposition of water from the atmosphere in form of rain, hail snow and sleet.

There are three types of rainfall 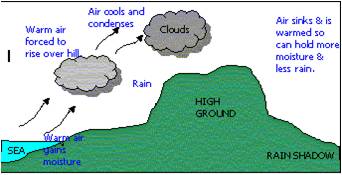 Why does it rain