When we think about deserts we consider they are full of sand dunes. However, not all deserts are like this. Many deserts are rocky with scattered plants and shrubs. There are even deserts that are icy and cold. The icy cold polar deserts that are found in the Antarctic and the North Pole. 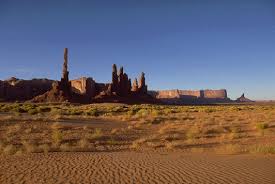 What makes a desert a desert?

Deserts are primarily defined by their lack of rain. They generally get 150 mm or less rain in a year. Deserts are characterized in an overall lack of water. They have dry soil, little to no surface water, and high evaporation. They are so dry that sometimes rain evaporates before it can hit the ground!

Hot in the Day, Cold at Night

Because deserts are so dry and their humidity is so low, they have no “blanket” to help insulate the ground. As a result, they  get very hot during the day, but don’t hold the heat overnight. Many deserts can quickly get cold once the sun sets.

Where are the major hot and dry deserts?

How do animals survive in the desert?

Animals have adapted to survive in the desert despite its extreme temperatures and lack of water. Many of the animals are nocturnal. Meaning they sleep during the heat of the day and come out when it is cooler at night. These same animals sleep in burrows, tunnels under the ground, during the day in order to stay cool. Desert animals include meerkats, camels, reptiles such as the horned toad, scorpions, and grasshoppers. Animals that live in the desert also have adapted to needing little water. Many get all the water they need from the food they eat. Other animals store up water that they can use later. The camel stores up fat in its hump while other animals store up reserves in their tails.

What plants can live here?

Only certain types of plants can survive the harsh environment of the desert. These include cactus, grasses, shrubs, and some short trees. You won’t see a lot of tall trees in the desert. Most of these plants have a way to store water in their stems, leaves, or trunks so they can survive a long time without water. They also tend to be spread out from each other and have a large root system so they can gather up all the water possible when it does rain. Many desert plants are armed with sharp spines and needles to help protect them from animals.

Because the desert is so dry, the wind will grind pebbles and sand into dust. Occasionally a big wind storm will gather up this dust into a huge storm. Dust storms can be over 1 mile high and so thick with dust you can’t breathe. They can travel for over a thousand miles, too. 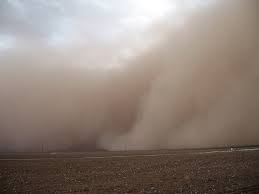 Currently deserts cover around 20% of the world’s land, but they are growing. This is called desertification and is caused by different factors including human activities. The Sahara Desert is expanding at the rate of around 30 miles per year.

Facts about the Desert Biome