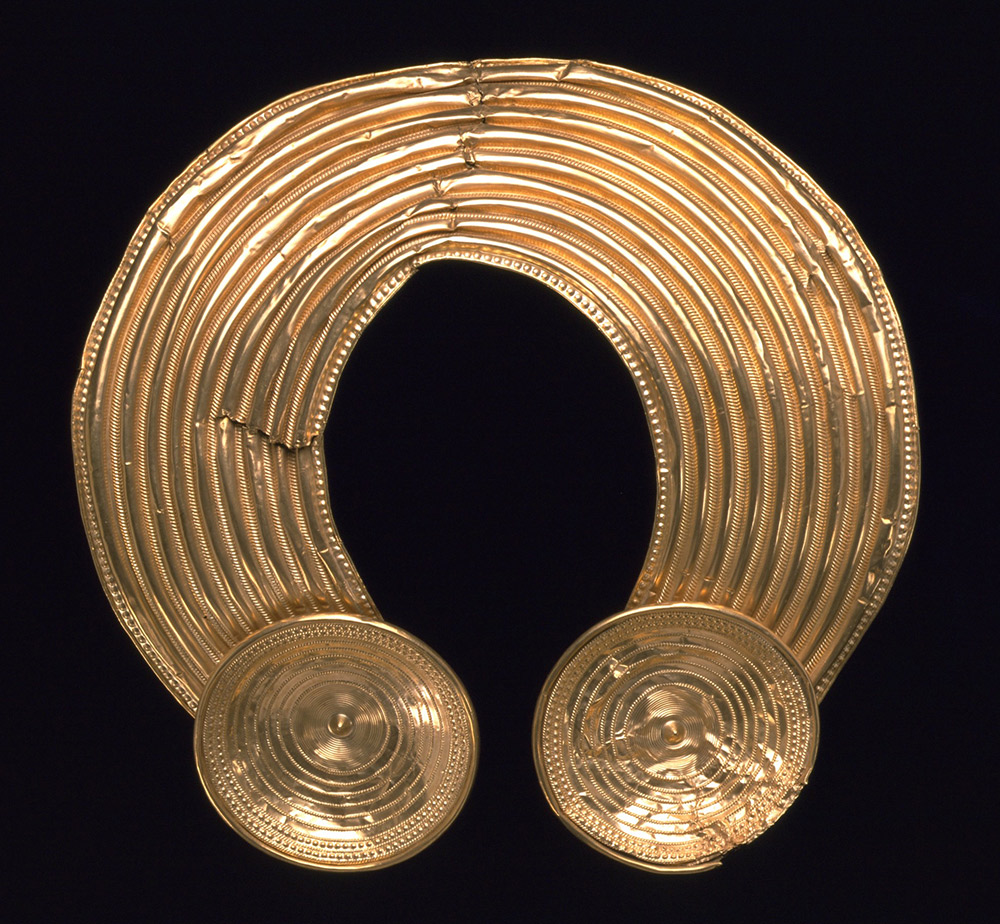 The Metal Age starts when human beings began to use metal  tools. For archaeologists, the transition from the stone to the metal age occurs when these metal tools appear alongside stone tools. The type of metal used initially was probably influenced by the surface availability of the metal in natural form, and appears to have been either gold or copper, both being softer and lower melting point metals. The use of gold may even have started with the mechanical shaping of the metal, first in cold form, then heated and softened, and finally melted and cast.

Bronze is an alloy of copper and tin that is more hard than either pure copper or tin. In addition, bronze has a lower melting point than copper or tin making it easier to form into finished shapes by moulding, casting, or machining. While a harder metal, bronze still did not break easily under stress and was corrosion resistant. Bronze was better suited for weapons and tools than either copper or tin.

The manufacture of bronze required the development of alloy-making technology.

Current reports suggest that the Bronze Age in Central Asia extended from about 3,300 to 1,300 BCE.

With the ability to create higher smelting temperatures came the ability to extract and work with iron and it was also more easily sharpened than bronze.

The Iron Age in Central Asia is estimated to have extended from about 1,300 to 900 BCE.

Human beings made the first metal objects about 7,000 years ago. First they used copperbut it was not very strong. Then bronze and iron were used. With bronze and iron they could make different kinds of objects: weapons, jewels, statutes, etc.

The wheel, the sail and the plough were invented in the Middle East about 5000 years ago. We still use them today.

The wheel had different applications: for transportation being used in carts pulled by bullocks or in pottery wheels to make better ceramic pieces.

The sail was used in ships to make a better use of the force of the wind.

The plough substituted the hoe to cultivate the land. They could work faster and in greater areas.

Agriculture, cattle raising and the new technical advances, improved peopls lives. Because of this, population increased. Some villages became small cities with hundreds of inhabitants.

Cities were encircled by walls, and inside there were buildings withdifferent functions: houses, stores, shops or workshops. First cities houses were small, their walls were made of adobe or stone and their ceilings were made of straw.