The Persian Wars were a series of wars fought between the Persians and the Greeks from 492 BC to 449 BC. The Persian Empire was the most powerful empire in the world in the 5th century BC. Their territories extended from Egypt all the way to India.

Who were the Greeks?

The Greeks were organized in a number of independent city-states such as Sparta and Athens. Typically, these city-states fought each other, but they united to fight against the Persians. 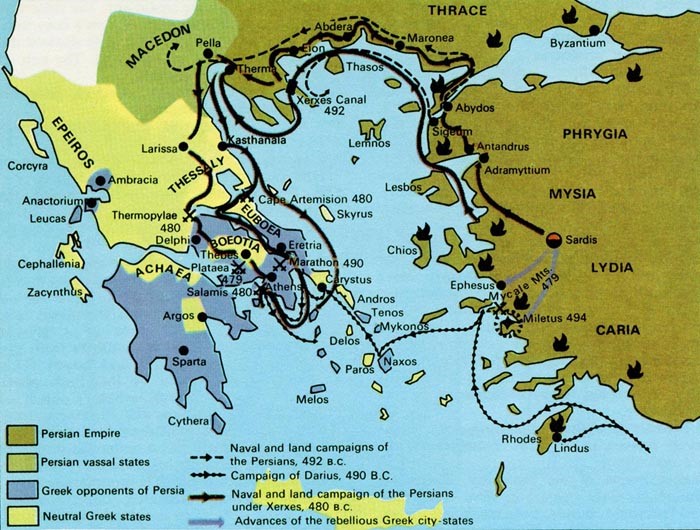 The Ionian Greeks lived along the coast of Turkey. They were conquered by the Persians. However, the Ionians revolted against the Persians so they asked Athens and the Greek cities for help. The poleis sent ships and weapons, but were quickly defeated. Then the Persians decided to conquer the rest of the Greek cities.

Darius I, King of Persia, decided to conquer the Greeks in 490 BC. He prepared a huge army. Then they sailed to Greece.

The Persian fleet came ashore at the Bay of Marathon, about 42 kilometers from Athens. The Persians had a lot more soldiers, but they underestimated the fighting capability of the Greeks. The army of Athens routed the Persian army killing around 6,000 Persians and only losing 192 Greeks. After the battle, the Athenian army ran the 42 kilometers back to Athens in order to prevent the Persians from attacking the city. This is the origin of the Marathon running race.

The Greeks put together a small force, led by the Spartan King Leonidas I and 300 Spartans. They met the Persians at a narrow pass called Thermopylae. The Greeks killed thousands of Persian soldiers, until the Persians found a way around the mountains and got behind the Greeks. King Leonidas told his troops to flee, but stayed there with a small force of 300 Spartans so that the rest of the Greek army could escape. The Spartans fought to death. 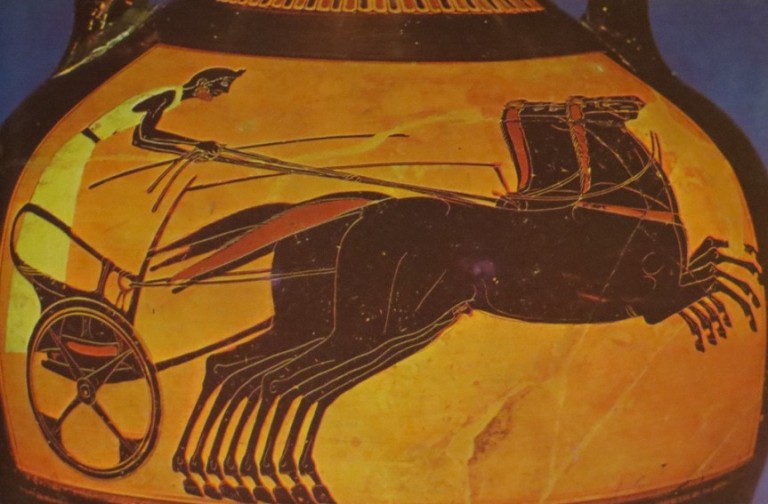 The Persian army continued to march on Greece. When they arrived at the city of Athens, they found it deserted. The Athenian fleet, however, was waiting for the Persians near the island of Salamis. The Persian fleet attacked the small Athenian ships. They were sure of victory. Nevertheless, the Athenian ships, triremes, were faster and more maneuverable. They rammed into the sides of the large Persian ships and sunk them. They soundly defeated the Persians causing Xerxes to retreat back to Persia.