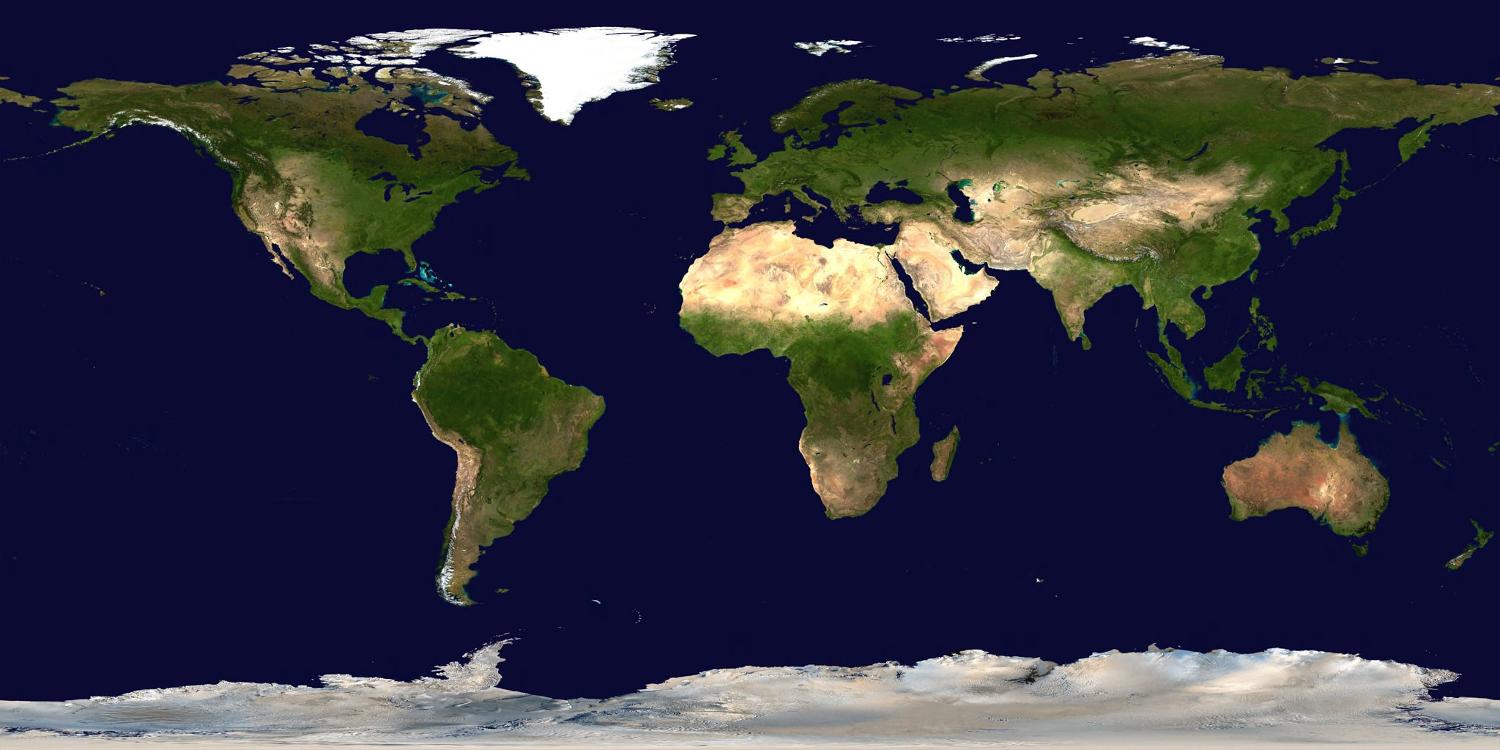 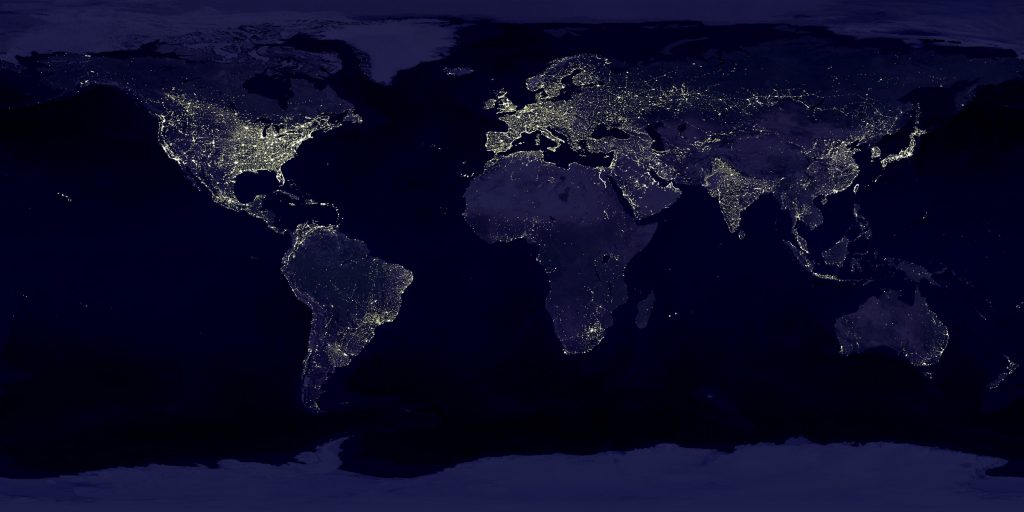 Our planet Earth is one of the most diverse planets known to human being. Though there have been so much advances in the astronomy over the years, we have never been able to find a planet as diverse as earth which is home to millions of living organisms like our earth iEarth is made up of large land masses known as continents and water bodies known as oceans. The earth has not been like this always as how we see it now. Millions of years before there were only one large land mass and a large ocean surrounding it. Later on the land mass started to split and drift apart surrounded by ocean on all sides. This process is still going on. Now we have 7 continents and 5 oceans .

Africa lies in the centre of the earth with the equator passing through its centre. It is the only continent that stretches from the northern temperate to the southern temperate zones. The climate of Africa is largely tropical in nature. The northern and southern parts of Africa have temperate climatic conditions. Africa is also considered to be the birth place of mankind.

Africa is surrounded by the Mediterranean Sea in the north, the Indian Ocean to the south east, the Suez Canal and the Red Sea to the northeast all along the Sinai Peninsula, and the Atlantic Ocean on the west. Madagascar and a large number of archipelagos are part of the continent. The population of Africa is the youngest in the whole world.

Antarctica is the southernmost continent of all. The geographic south pole of the earth is contained in this continent. It is made of large permanent glaciers that surround the South Pole. This is one of the most uninhabitable places on earth. 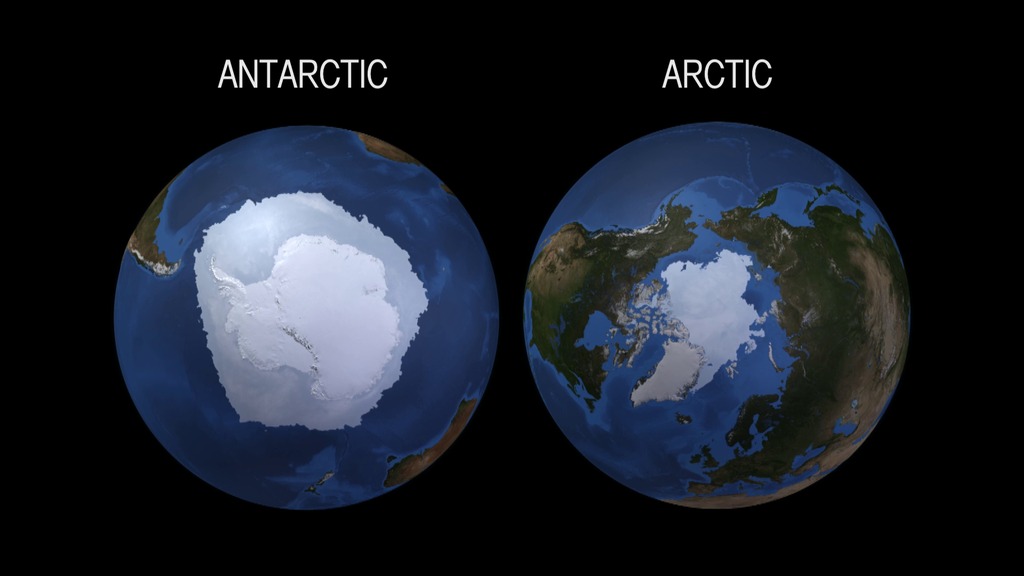 Antarctica is the least populated continent on Earth. It is also home to very few plant and animal species. Antarctica is also the coldest landmass on earth and much of this continent is made of permanent glaciers. It has the highest elevation among all the continents, and is considered to be a complete desert.

Asia is the largest continent on Earth covering about 9 percent of the earth’s surface. It is also the most populated continent.

Asia is located mostly in the northern and eastern hemispheres of the earth. It covers around 30% of the total land area, and is known to be home to the earliest human populations. Around 60% of the planet’s human population were in this continent. The boundaries of Asia are not very clearly defined. There is actually no geographical separation as such between Asia and Europe. The two continents form a large landmass which is called Eurasia. On the east of Asia you have the Pacific Ocean, Indian Ocean to the south and Arctic Ocean to the north. The continent is known for its vast diversity in terms of culture, environments, ethnic groups, economics, historical background, and also the government systems.

The continent of Australia is a single country continent. It is the sixth largest country by total area, and is also the smallest of all the seven continents. Because of its size, and isolated location, it is also called as island continent.

Australia lies in the Indo- Australian Plate. This continent is surrounded by Indian Ocean and Pacific Ocean. Australia is one of the least populated continents and is rich in biodiversity. The Great Barrier Reef, which is the largest coral reef in the world, is in Australia. It comprises the whole of Australia, the island of Tasmania, and also a large number of other smaller islands. 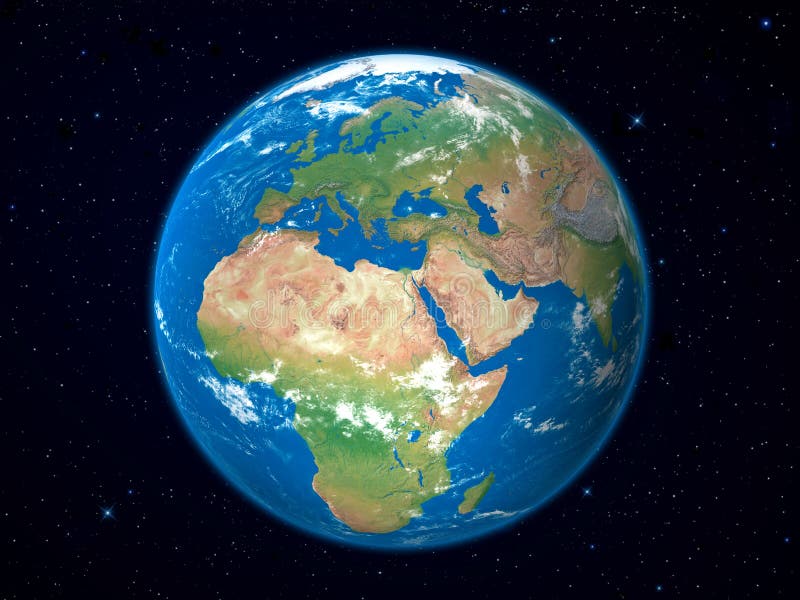 Europe is divided from Asia by the watershed divides of the Ural and Caucasus Mountains, the Ural River, the Caspian Sea, black sea and the waterways connecting black sea and Aegean Sea. Europe is bordered by Arctic Ocean in the north side, Atlantic Ocean on the west side, Mediterranean Sea to the south and black sea and connected water ways on the south east.

North America is a continent which lies wholly in the northern hemisphere. It is bordered by Arctic Ocean in the north, Atlantic Ocean in the east, Pacific Ocean in the south and west, and South America and Caribbean Sea in the south east. North America lies almost wholly in the western hemisphere. It is the third largest continent in the world by area and fourth largest continent by population. Most of the land and area of the continent is dominated by Canada, United States of America, Greenland and Mexico. There are also many smaller states in the Central America and Caribbean regions. 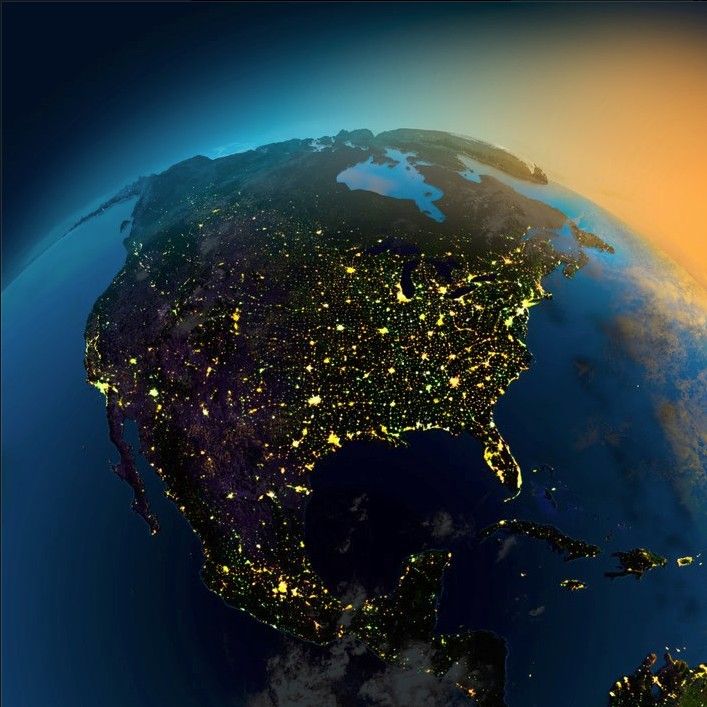 South America is the fourth largest continent in terms of size and fifth in terms of population.

South America is a continent which is diverse in terms of geography and biodiversity. The world’s highest uninterrupted waterfall, angel falls is situated in Venezuela in South America. The Amazon River, which is the largest river in the world in terms of volume, is also in this continent. The Atacama Desert, which is the driest non polar place on earth, and the Amazon forest which is the largest rainforest on earth, is situated in this continent. The western part is dominated by the mighty Andes Mountains. The eastern part has got both highland regions and also lowlands. The major rivers flowing through the continent like Parana, Amazon, and Orinoco flow in this part.

LESSON PLAN ON CONTINENTS AND OCEANS