What is a Rainforest?

Why is it called a Rainforest?

The reason it is called a “rain” forest is because of the high amount of rainfall it gets per year.

Why are Rainforests important to us?

They are very important as the plants of the rainforest generate much of the Earth’s oxygen.

Rainforests cover only 6 %of the Earth’s surface but yet they contain MORE THAN 1/2 of the world’s plant and animal species!

How many different types of Rainforests are there?

There are two types of Rainforest:

Rainforests are found on every continent across the Earth, except Antarctica.

Where in the world are Rainforests found? 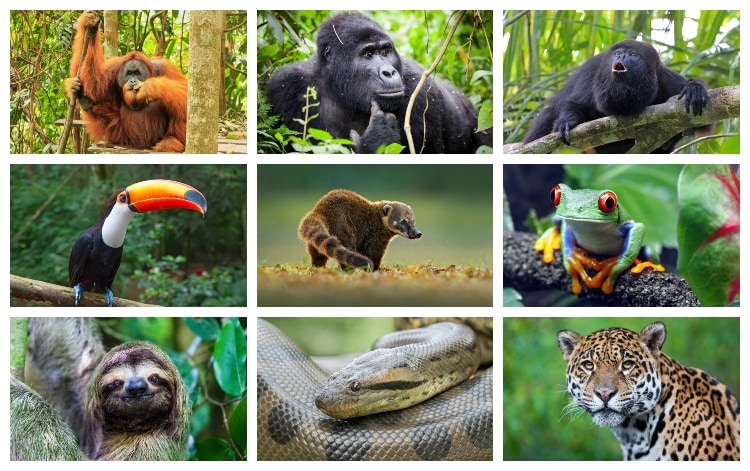 What lives in a Rainforest?

As many as 30 million species of plants and animals live in tropical rainforests. 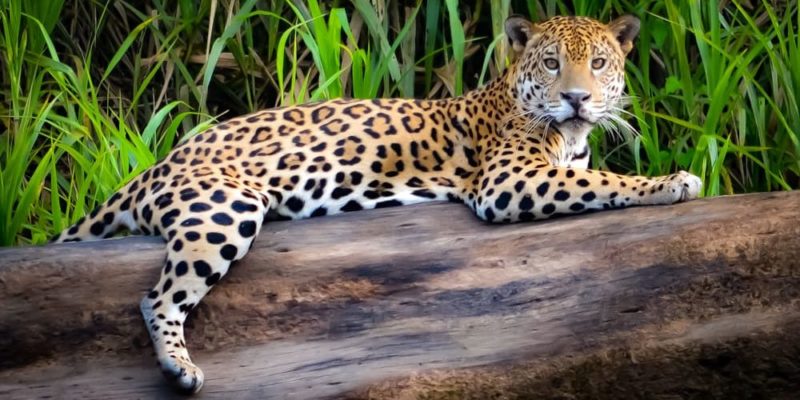 What are the different layers of a Rainforest Called?

There are four main parts of a Rainforest. They are:

Emergent Layer – very sunny because it is the very top. Only the tallest trees reach this level. Who lives here? birds, butterflies and small monkeys live with bats, snakes and bugs.

Canopy Layer – much of the rain is stopped by the thick foliage. Most trees in the forest grow to this height. There are plants that grow in the canopy layer. Their roots don’t reach the ground. These are called air plants. Who lives here? birds, monkeys, frogs, and sloths, as well as lizards, snakes and many insects.

Forest Floor – dark, damp, full of many dead leaves, twigs and dead plants. The forest floor is dark due to the trees above stopping the sunlight from entering the forest. It is estimated that only 2% of the sunlight actually reaches the floor. Who lives here? jaguars in South America, gorillas and leopards in Africa and tapirs and tigers and elephants in Asia.