Most temperate, deciduous (leaf-shedding) forests are located in the eastern United States, Canada, Europe, China, Japan, and parts of Russia. Deciduous forests are broken up into five zones. çThe firstzone is the tree stratum zone. It is the tallest zone and trees here range from 60 to 100 feet (18 to 30 meters) tall. Maple, elm, and oak trees are just some examples of trees found in this zone. The second zone is the small tree and sapling zone. Younger, shorter trees characterize this zone. The shrub zone is the third zone. Shrubs include mountain laurel, huckleberries, and many others. The fourth zone is the herb zone, and contains short herbal plants, like ferns. The Ground zone is the final zone where plants grow directly near the ground. Some plants that grow here are lichens and mosses.

This biome has four changing seasons including winter, spring, summer, and fall.  Throughout the year, rays from the sun hit different parts of the world more directly than others, causing varying temperatures, or seasons. 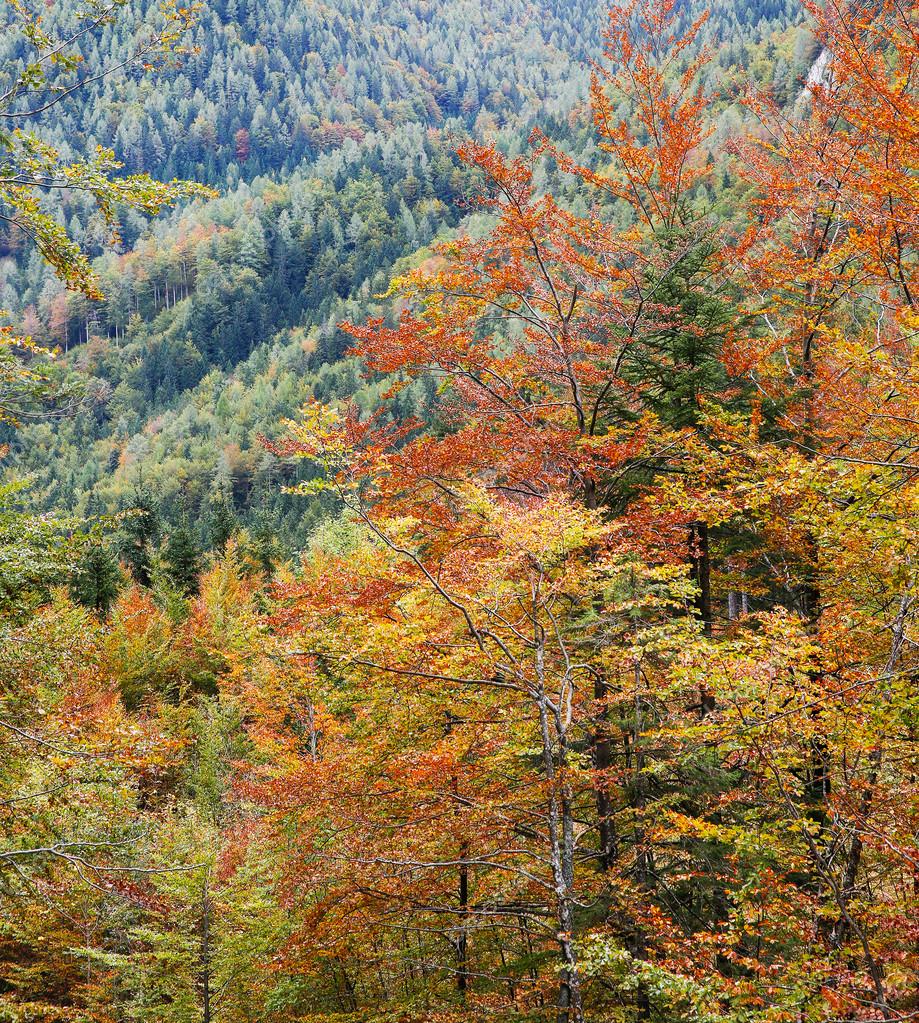 Trees and plants in deciduous forests are Deciduous trees are trees with leaves rather than pine needles, and they dominate temperate forests. As the seasons change each year, so do the leaves. Each year deciduous trees loose their leaves, and grow them back. In the summer their broad green leaves capture sunlight and help the trees make food through photosynthesis. As temperatures cool in the fall, the chlorophyll (green pigment in leaves) breaks down, causing the beautiful red, yellow and orange leaf colors of fall. In the cold winter, deciduous trees and plants go into dormancy, kind of like sleep. It is too cold for them to protect their leaves from the damage of freezing in the winter, so they simply loose them and seal up the places where the leaves attach to the branch. The warmer spring days signal to the trees that they can grow new leaves again, and restart the cycle.

Animals in deciduous forests have to adapt to changing seasons. They must be able to cope with cold winters and hot summers. Some animals hibernate or migrate during the winter. Animals who do not hibernate or migrate have special adaptations to deal with higher exposure to predators in the Winter.

The black bear is an animal that is well adapted for the temperate deciduous forest biome. It has a heavy coat made of many layers of fur to deal with the winter cold. Black bears have long claws that help them to climb the trees. Black bears are omnivores, so they eat plants and animals. Most of their diet is composed of plant material, so their long claws are useful to get their food from trees and shrubs. They also hibernate. 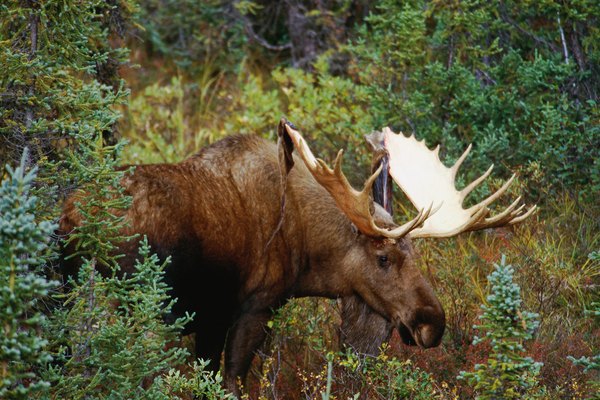 PEOPLE AND THE TEMPERATE DECIDUOUS FOREST:

Temperate forests are very important to people as they provide enjoyment as well as many resources including food, timber, and oxygen for us to breathe. However, we are also the cause of some major threats to this biome, one of which is acid rain. Acid rain caused by industrial and vehicle emissions damages the leaves of trees, and causes them to produce smaller and fewer seeds. It also reduces the trees’ resistance to disease, pests, and frost. Clear cutting of forests is also a threat to this biome. Trees are cut for timber and land cleared for agriculture. Another problem associated with deciduous forests is the introduction of non-native plant and animal species because it upsets the balance of the forest ecosystem.