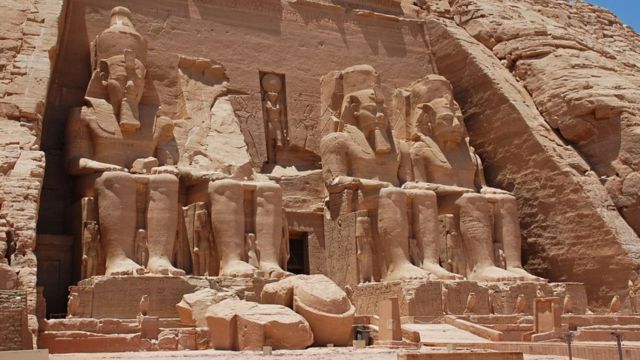 We know  many things about the Ancient Egyptians through  their art. From their many pieces of art we can learn things like what they looked like, what kind of clothes they wore, what jobs they worked, etc.

Much of the artwork created by the Ancient Egyptians had to do with their religion. They would fill the tombs of the Pharaohs with paintings and sculptures. Much of this artwork was there to help the Pharaohs in the afterlife. Temples were another popular place for art. The temples often held large statues of their gods as well as many paintings on the walls.

Why did they build temples?

The pharaohs construted the temples as houses for the Egyptian gods. Inside the temples, priests performed rituals and ceremonies.

There were two main types of temples built in Ancient Egypt. The first type  was built to house a specific god or gods. The second type is called a Mortuary temple and was built to worship a dead pharaoh.

Over time, the temples of Ancient Egypt were built as  large complexes with many buildings. At the center of the temple were the inner chambers and the sanctuary which housed a statue of the god. This is where the high priest would hold rituals and give offerings to the god. Only the priests could enter there. 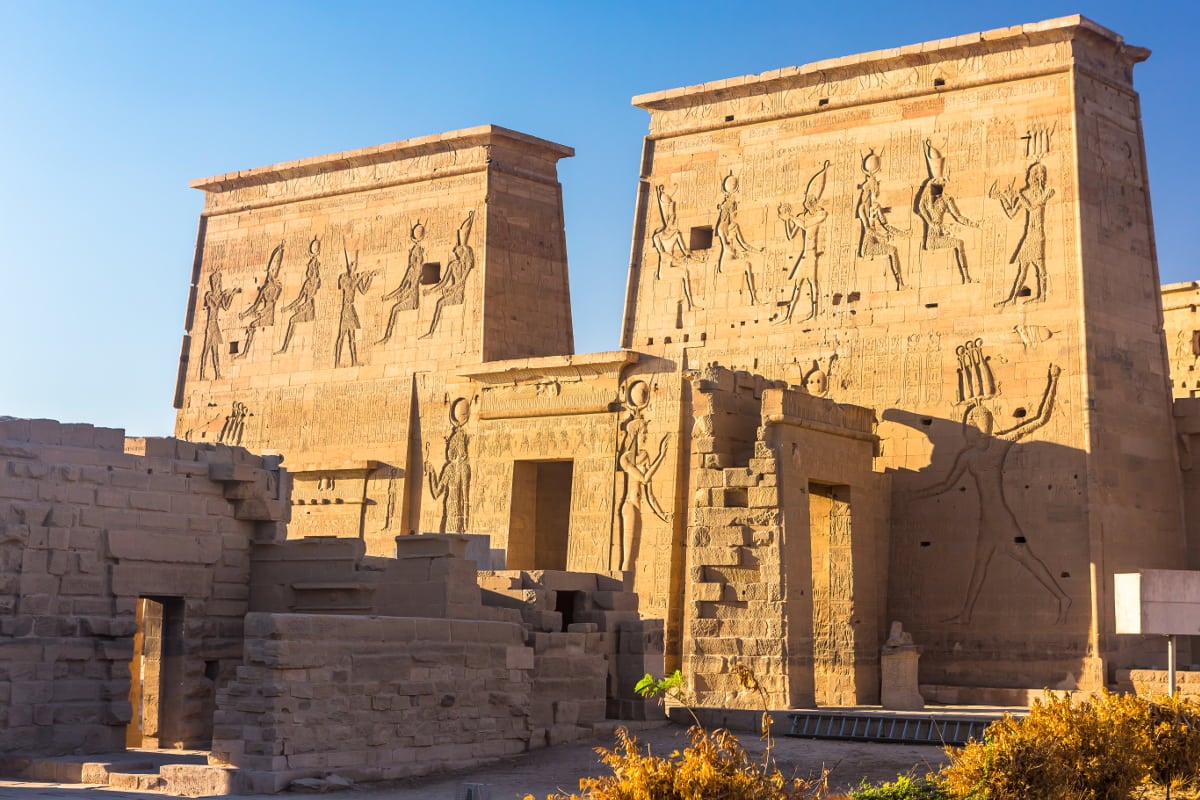 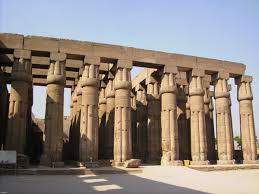 Outside the inner chambers would be other buildings including large halls filled with columns and open courts. The entrance to the temple often had tall pylons that served as guardians to the temples.

The Egyptians are famous for their giant works of sculptures. Some examples of this include the Great Sphinx of Giza and the statues of Ramses II at the Abu Simbel temples.

Although they are famous for their giant statues, the Egyptians also carved smaller, more ornate sculptures. They used various materials including alabaster, ivory, limestone, basalt, wood gilded with gold, and sometimes even solid gold. 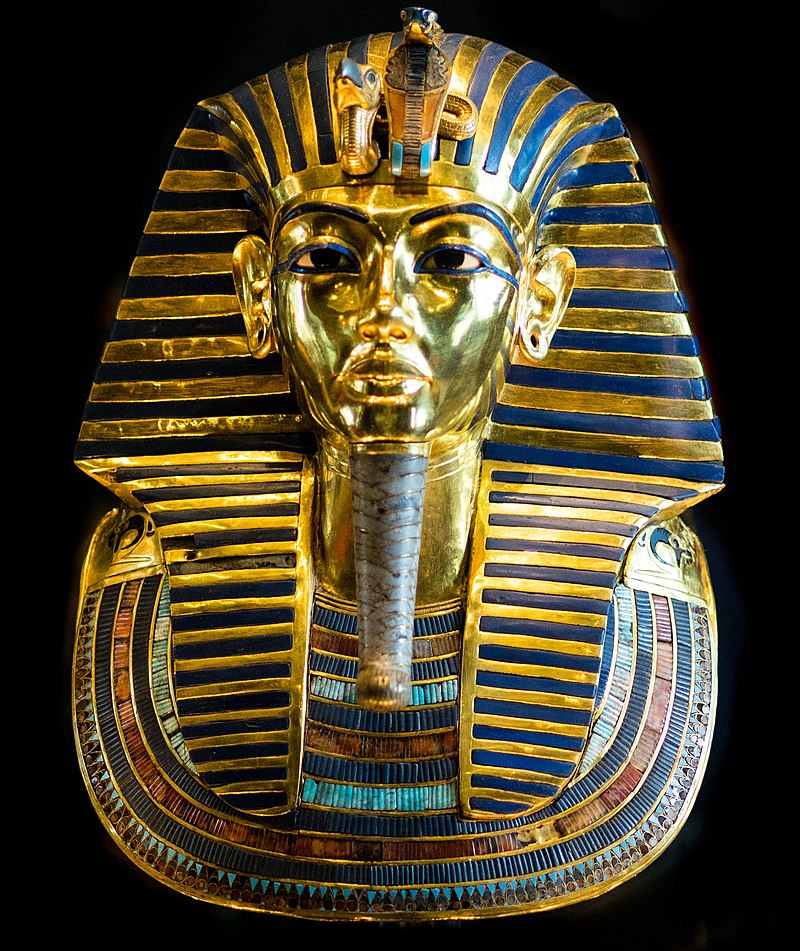 Above is an example of the intricate work of Ancient Egyptian sculpture. It is the funerary mask of a pharaoh named Tutankhamen. The expression on his face is the same used to convey the look of all the pharaohs throughout the history of Egypt. The coloring of the collar is made with semiprecious stones and the stripes on the headdress are made with blue glass. The rest of the mask is made from twenty-four pounds of solid gold!

A relief is a sculpture that is part of a wall or structure. The Egyptians often carved them into the walls of their temples and tombs. Reliefs were generally painted as well.

How to Paint an Ancient Egyptian Portrait