Clouds help regulate Earth’s temperature. They bring life-giving rain to different regions. All of us at one time or another have looked to the sky and watched the clouds. Clouds can be picturesque; they can also appear menacing, even threatening, suggesting a sudden, perhaps even violent turn in the weather.

How do clouds form?

Put simply, clouds develop out of the process of changing moisture from a gas to liquid.

This occurs through a process called convection. As solar radiation heats the ground and the air immediately above it, the warm air becomes lighter and the flow of air carries this warm air upward. As the air rises, the temperature decreases and so does the amount of water vapor that the air can hold. This vapor rapidly condenses and soon clouds — composed of countless billions of tiny water droplets or ice crystals — result. These droplets are exceedingly small, averaging about 10 microns in diameter (a micron is one-millionth of a meter; ice crystals are much larger but less concentrated). Virtually all types of clouds and precipitation are due to rising air.

The name of a cloud may describe its appearance. Cloud classifications were devised in the early 19th century by an Englishman named Luke Howard who classified clouds using Latin words. Clouds form in three basic patterns: 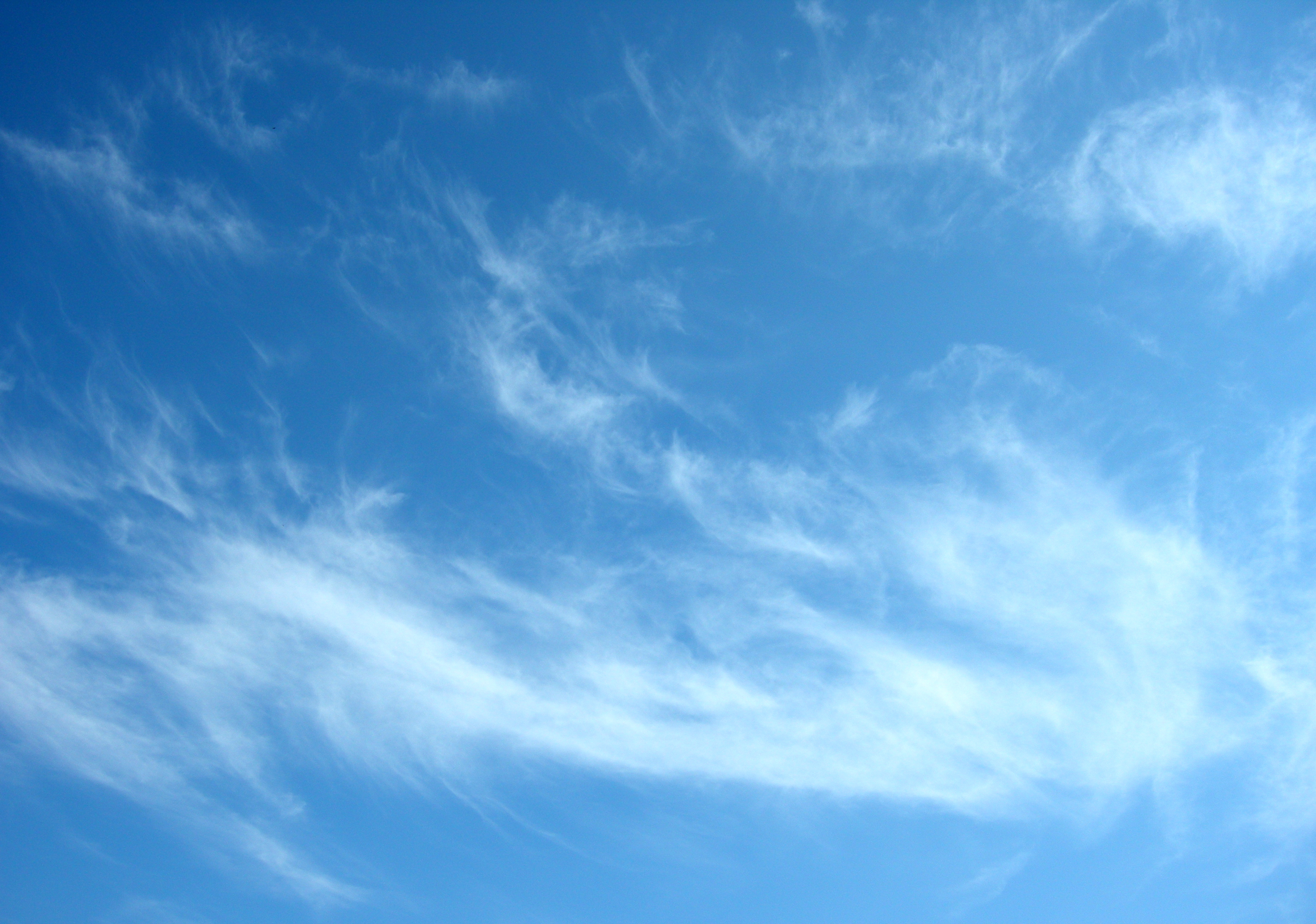 By combining other terms, a number of different cloud combinations can be described. The Latin word for shower is nimbus. So the technical term for describing the cloud associated with thunderstorms is cumulonimbus. Adding to the list of Latin suffixes and prefixes, we encounter terms like fracto (referring to broken or fractured) and lenticularis (lens-shaped).

Clouds are also distinguished by the heights above ground level at which they form.

High clouds: Cirrus, cirrostratus and cirrocumulus clouds are delicate wispy clouds that are located at altitudes above 20,000 feet and composed of ice crystals, because at such altitudes temperatures are perpetually below freezing.

Middle clouds: Altostratus, altocumulus and nimbostratus clouds are typically found between 6,000 and 20,000 feet above the ground.

Low clouds: Stratus, cumulus and stratocumulus clouds are based at altitudes of 6,000 feet or lower.