By 409 AD three Germanic tribes were established in the  Iberian Peninsula: The Suebi, the Vandals and the Alans.

The Romans hired the Visigoths from the Gaul to expel them. The Suebi were held in Galicia while the Vandals and the Alans were massacred.  The Visigoths occupied the territories left by Vandals and Alans having a kingdom in Hispania and Gaul whose capital was in Tolosa. 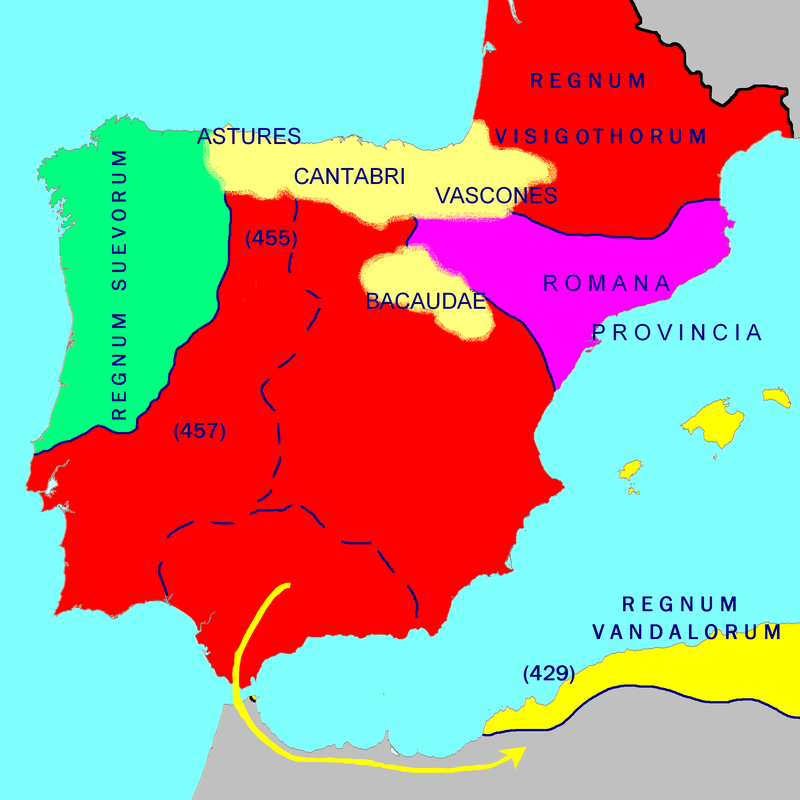 The franks defeteated the Visigoths in 507 at the battle of Vouillé, then the Visigoths remained in the Iberian Peninsula. The Visigoths expelled all the Germanic peoples in the península and set their capital in Toledo. King Liuvigild defeated the Suebi, the Asutrs and Cantabri. His sucessors ended with the Vascones and the Byzantines. Recared converted to Catholicism and Recceswith introduced the Liber Iudiciorum a common law for hispanoromans and visigoths. 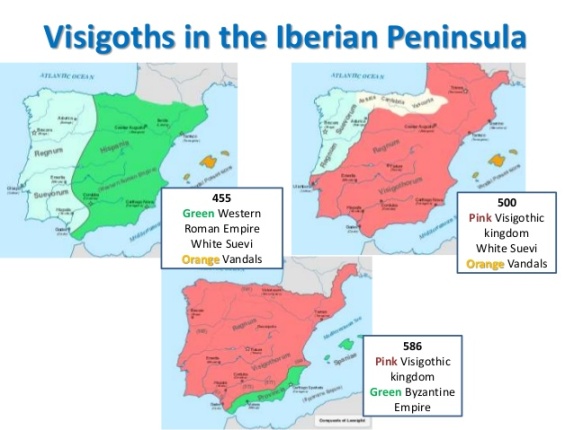 In 711 the Muslims coming from the North of Africa defeated the Visigoths at the Battle of Guadalete. This was the end of the visigothic kingdom

Political organization At the beginning the Visigoths had an elective monarchy.This type of monarchy created great political instability with constant fights for the succession.

Economy was based on agriculture. The main crops cultivated were vines, olive tres, cereals and vegetables. They also had large herds of sheep.  Visigothic nobles, Hispano -Roman nobles and the Church were owners of large estates.

The society was led by wealthy Visigoths and Hispano-Romans as well as the upper clergy (bishops, abbots). The lower groups were made up of pesants, servants and farmers working in the nobles´s states, craftsme, merchants and slaves.