What is an earthquake?
Earthquakes are the shaking, rolling or sudden shock of the earth’s surface. They are the Earth’s natural means of releasing stress. More than a million earthquakes rattle the world each year. The West Coast is most at risk of having an earthquake, but earthquakes can happen in the Midwest and along the East Coast. Earthquakes can be felt over large areas although they usually last less than one minute. Earthquakes cannot be predicted – although scientists are working on it!

What causes an earthquake?
There are about 20 plates along the surface of the earth that move continuously and slowly past each other. When the plates squeeze or stretch, huge rocks form at their edges and the rocks shift with great force, causing an earthquake. Think of it this way: Imagine holding a pencil horizontally. If you were to apply a force to both ends of the pencil by pushing down on them, you would see the pencil bend. After enough force was applied, the pencil would break in the middle, releasing the stress you have put on it. The Earth’s crust acts in the same way. As the plates move they put forces on themselves and each other. When the force is large enough, the crust is forced to break. When the break occurs, the stress is released as energy which moves through the Earth in the form of waves, which we feel and call an earthquake.

What is a fault?

A fault is an area of stress in the earth where broken rocks slide past each other, causing a crack in the Earth’s surface. There are the major types of faults: dip-slip normal, dip-slip reverse, strike-slip, and oblique-slip.

What are plate tectonics?

The theory of plate tectonics is a interesting story of continents drifting from place to place breaking apart, colliding, and grinding against each other. The plate tectonic theory is supported by a wide range of evidence that considers the earth’s crust and upper mantle to be composed of several large, thin, relatively rigid plates that move relative to one another. (See plate tectonic graphic above.) The plates are all moving in different directions and at different speeds. Sometimes the plates crash together, pull apart or sideswipe each other. When this happens, it commonly results in earthquakes. 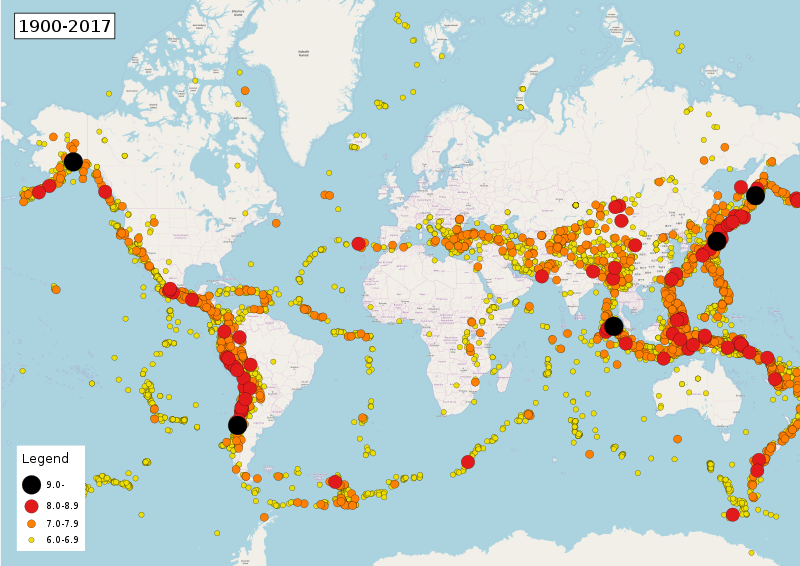 What is a seismograph?
A seismograph is an instrument used for recording the intensity and duration of an earthquake.

worksheet on mercali and ritcher scales