How do people keep track of things that happen on certain days or in certain years? They make a timeline.

For example, Maria’s parents want to keep track of important things in her life. They decide to make a timeline. Maria is born in 1993. She walks for the first time in 1995, when she is 2. The next year, she says her first words. And in 1998, she celebrates her fifth birthday. Her parents can keep track of all these things by putting them on a timeline like the one at the right.

Putting events on a timeline like this gives you a sense of how much time goes by in between each event. It also helps you remember just when those important things happened. Years from now, when Maria has her own children, she might want to remember when she first walked. She can look at this timeline that her parents made and remember that when she first walked, she was 2. 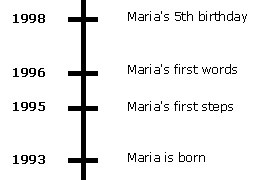 Historians, too, use timelines to track things like the growth of a civilization, the progress of a war, and the development of a new technology.

They can also keep track of important dates in history like when famous explorers set off on their famous voyages.

For instance, look at this list of explorers, listed in alphabetical order:

Now, let’s put these events on a timeline (below). Notice how they change order. Notice also that the distance between Columbus and Da Gama (6 years) is much smaller on the timeline than the distance between Magellan and Drake (60 years). This is another good use of a timeline. It can help you tell that certain events happened much closer together in time than other events. 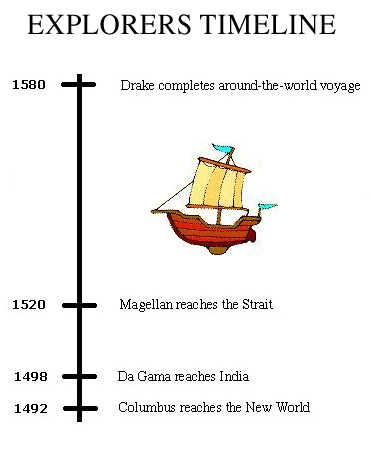 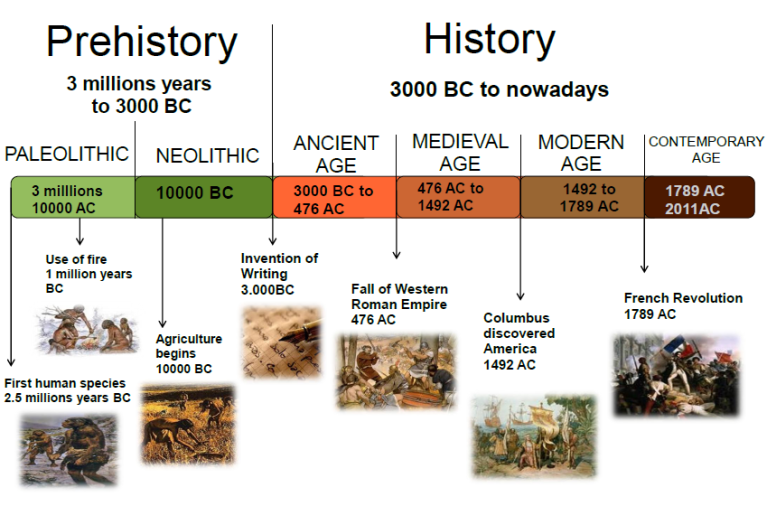