The most important forms of Celtic art were sculptures and jewelry. 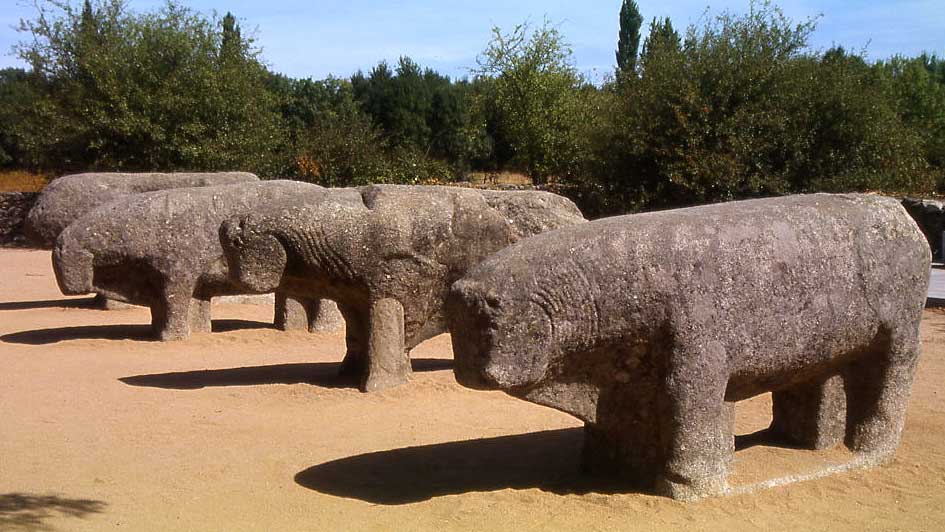 The main sculptures were zoomorphic representations called verracos. They look like bulls, wild boar or bears and were made of stone. Sometimes their forms are simple and schematic. Their meaning is not very clear. On one side it is believed that they delimited land dedicated to grazing; on the other, that could have a mystical or religious meaning, specifically the cult of the dead or funeral rites.

Celts made refined gold and silver jewelry as well as iron and bronze weapons.  They used geometric decorations in these objects, mainly interlaced lines, plants or human figures.