The ancient civilization of Greece was located in the Balkan peninsula along the coast of the Mediterranean Sea. The geography of the region helped to shape the government and culture of the Ancient Greeks. Geographical formations including mountains, seas, and islands formed natural barriers between the Greek city-states and forced the Greeks to settle along the coast.

Greek city-states were founded firstly  along the Aegean coastline and on the many islands in the Aegean Sea. The people o Greece used the Aegean to travel from city to city as well as to trade.  The Aegean also provided fish for the people to eat.

The Balkan peninsula  is full of mountains. Around 80% of the Greek mainland is mountainous. This made it difficult to make long journeys by land. The mountains also formed natural barriers between the major city-states. The tallest mountain in Greece is Mount Olympus. The Ancient Greeks believed that their gods (the Twelve Olympians) lived at the top of Mount Olympus. 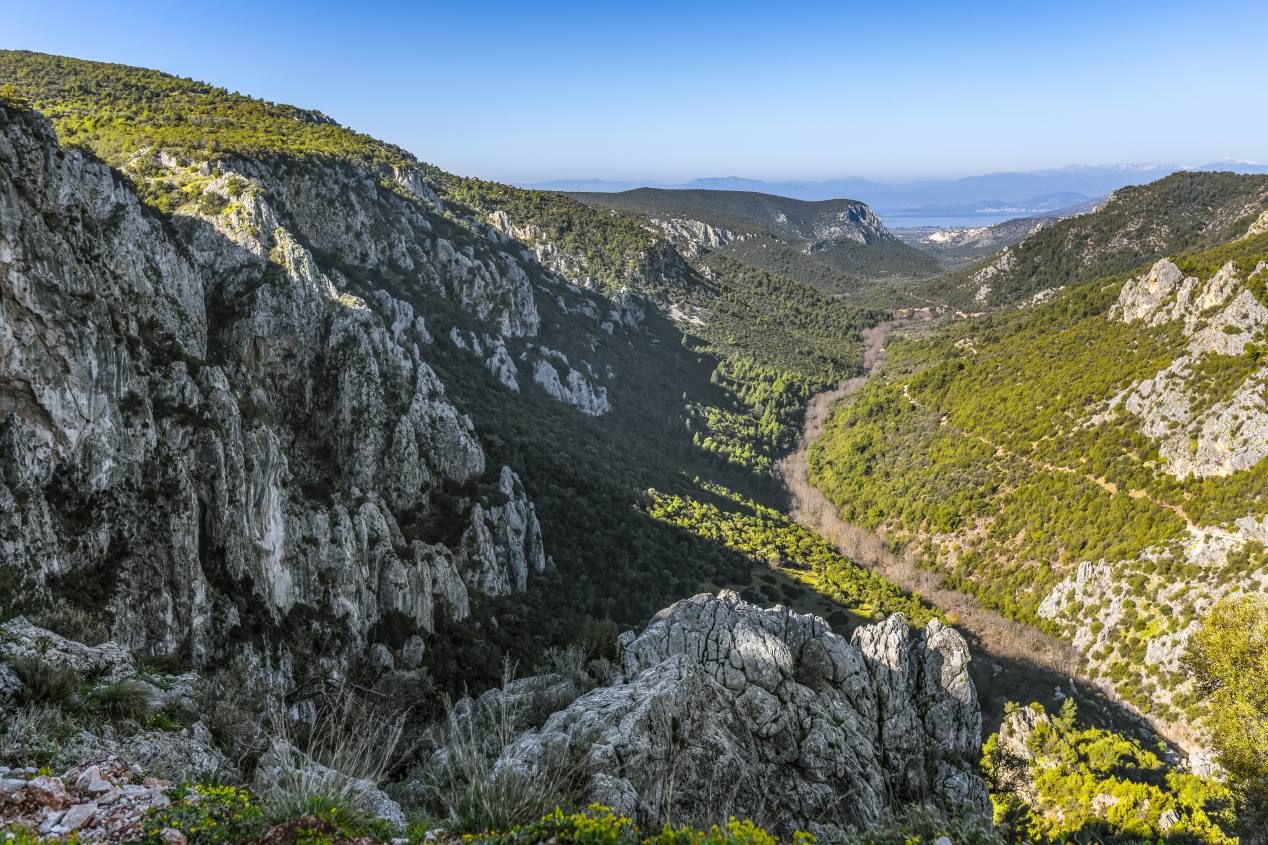 The Aegean Sea is home to over 1000 islands. The Greeks settled on many of these islands including Crete (the largest of the islands), Rhodes, Chios, and Delos.

The climate in Ancient Greece generally featured hot summers and mild winters. Because it was so hot, most people wore lightweight clothing throughout most of the year. They would put on a cloak or wrap during the colder days of the winter months.