The Ancient Greeks had an architectural style that is copied today in government buildings and major monuments around the world. Greek architecture is known for tall columns, intricate detail, symmetry, harmony, and balance. The Greeks built all sorts of buildings.

The main examples of Greek architecture that survive today are large temples and theatres.

The Greeks built most of their temples and government buildings using three types of columns and styles called Doric, Ionic, and Corinthian.

These styles are also called “orders. Most all of the columns had grooves down the sides called fluting. This gave the columns a feeling of depth and balance.

Greek temples were designed in a simple way. The outside was surrounded by a row of columns. Above the columns was a decorative panel of sculpture called the frieze. Above the frieze was a triangle shaped area with more sculptures called the pediment. Inside the temple was an inner chamber that contained the statue of the god or goddess patron of the temple.

The most famous temple is the Parthenon built on the Acropolis in  Athens. It was built for the goddess Athena,  patron of Athens. The Parthenon represents the Doric style. It had 46 outer columns. The inner chamber contained a large gold and ivory statue of Athena. 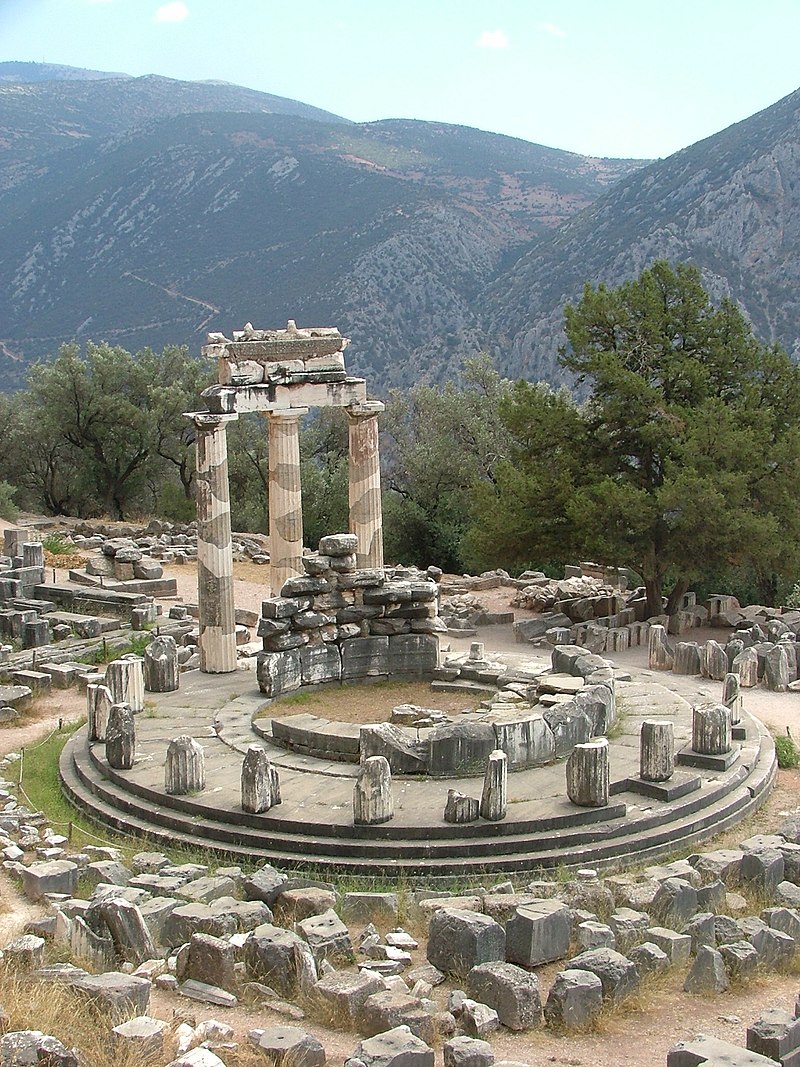 The Greeks constructed  other types public buildings and structures. They built large theaters that could hold over 10,000 people. The theaters were usually built into the side of a hill and were designed with acoustics that allowed even the back rows to hear the actors.