Using modern equipment, scientists known as oceanographers have been able to measure and map out the ocean floor. What these scientists have discovered has helped explain how it is that continents are able to move around on the Earth’s crust.

Located deep beneath the waves on the ocean floor almost exactly halfway between the continents are raised areas known as ridges. These ridges are similar to under-water mountain ranges. At other locations we find extremely deep trenches, some reaching many thousands of feet in depth.

Many scientists believe that the ridges represent areas where new crust is being formed as hot magma escapes from the Earth’s core and spreads outward. As the seafloor spreads outward away from the area where magma is being released, the continents are carried across the sea, riding on top of the sima crust.

As new crust is created, older crust submerges back into the mantle, being melted once again. It is believed that the deep ocean trenches are locations where crust is being lowered back into the Earth’s core.

Because continents do not fall back into the Earth’s mantle, they survive much longer. Many parts of the continents we see today are almost as old as the Earth itself. 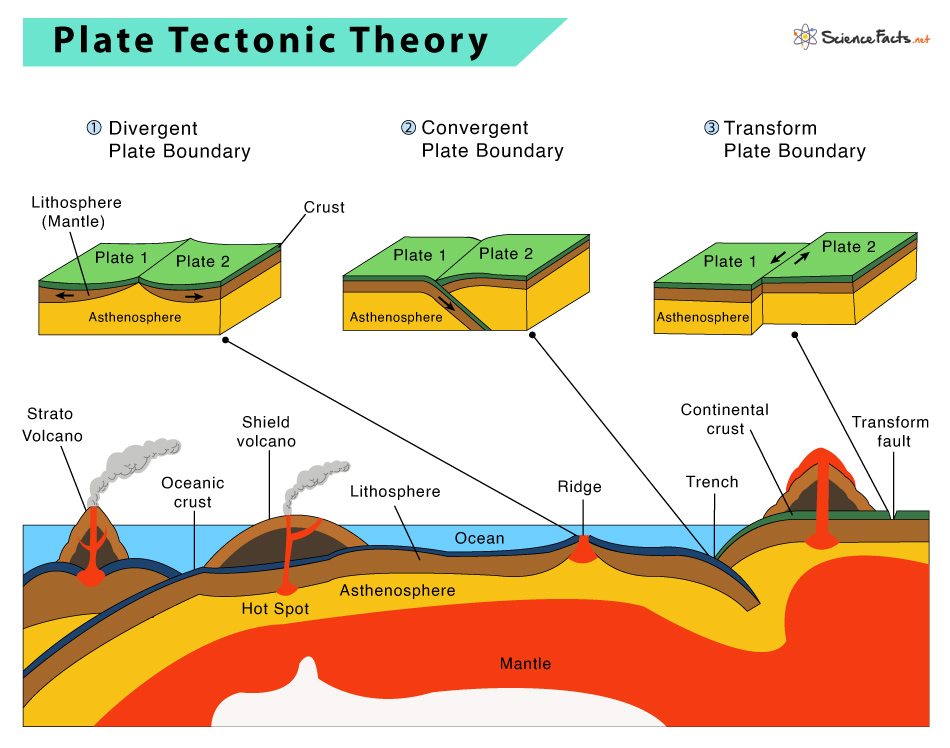 Geologists refer to this process as plate tectonics. As we study plate tectonics, a picture emerges of very old continents riding on top of much younger and ever moving plates. These plates move extremely slowly, at a rate of only about 10 cm per year. 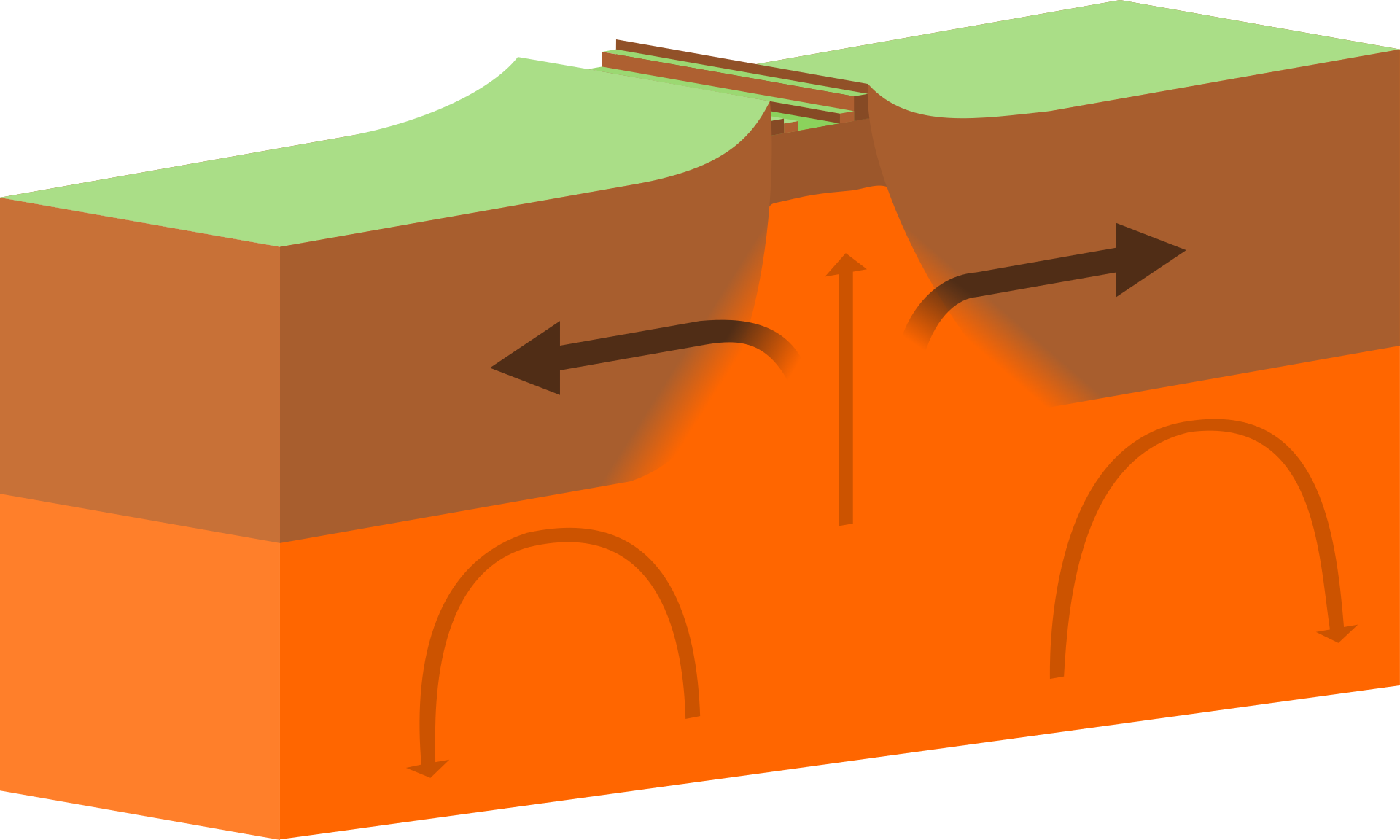 In plate tectonics, a convergent boundary, also known as a destructive plate boundary (because of subduction), is an actively deforming region where two  tectonic plates or fragments of the lithosphere move toward one another and collide. As a result of pressure, friction, and plate material melting in the mantle, earthquakes and volcanoes are common near convergent boundaries. When two plates move towards one another, they form either a subduction zone or a continental collision. This depends on the nature of the plates involved. In a subduction zone, the subducting plate, which is normally a plate with oceanic crust, moves beneath the other plate, which can be made of either oceanic or continental crust. During collisions between two continental plates, large mountain ranges, such as the Himalayas are formed.