When we refer to Paleolithic Art, we’re talking about the late Paleolithic period. This began roughly around 40,000 years ago and lasted  near 8,000 B.C.

What kinds of art were created during this time?

There were really only two kinds. Art was either portable or stationary.

Portable art during the Paleolithic period was necessarily small (in order to be portable) and mainly consisted of either figurines or decorated objects. These things were carved (from stone, bone or antler) or modeled with clay. We refer to most of the portable art from this time as figurative, meaning it actually depicted something recognizable, whether animal or human in form. The figurines are often referred to by the collective name of “Venus,” as they are  related to fertility. Power sticks and carvings in rocks and antlers were other representations of these art

Stationary art was just that: it didn’t move. The best examples exist in (now famous) cave paintings in western Europe.

We’ve guessed (and it’s only a guess) that these paintings served some form of ritualistic or magical purpose, as they are located far from the mouths of caves where everyday life took place.

Cave paintings contain far more non-figurative art, meaning many elements are symbolic rather than realistic. The clear exception, here, is in the depiction of animals, which are vividly realistic (humans, on the other hand, are either completely absent). 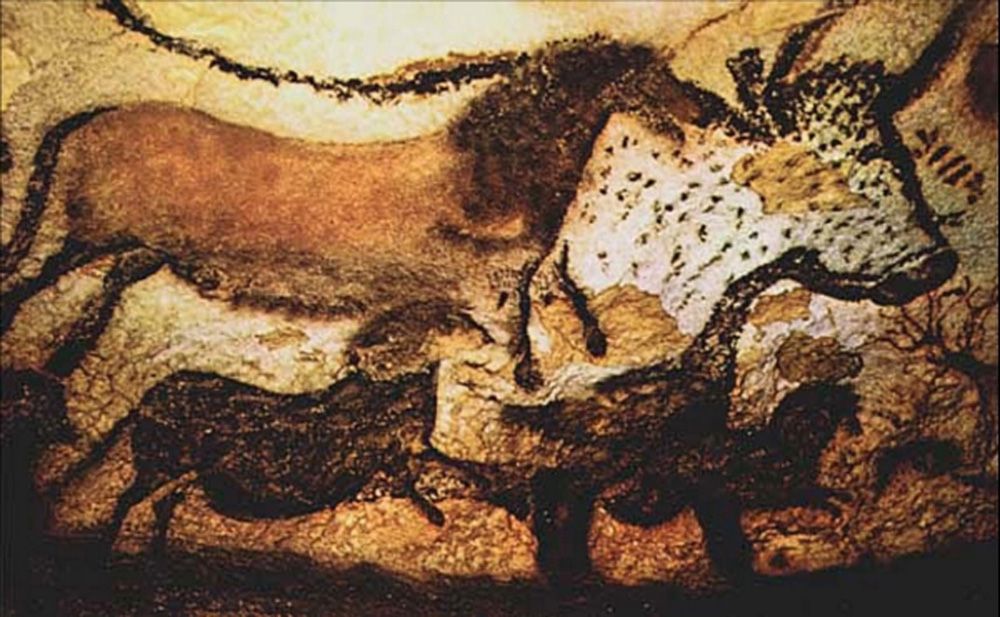